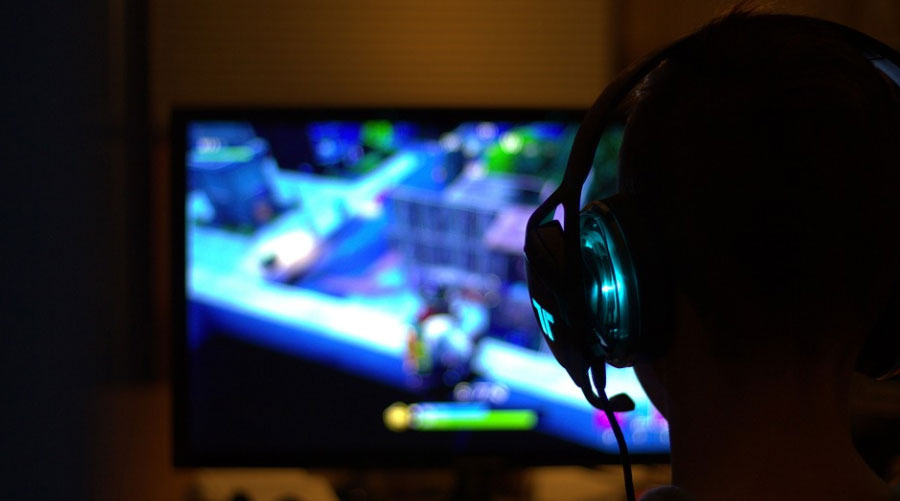 Living with your boyfriend or girlfriend can have its challenges, but when you both enjoy gaming/video games, it takes the word challenge to a whole new level. Many games nowadays are either single player or having online-only multiplayer modes. Rather than fighting with your significant other about whose turn it is to play your favorite RPG, try the split-screen adventure game Divinity: Original Sin.

Divinity: Original Sin is a great way for two gamers to spend time together without having to purchase an extra console. The only equipment you need is an extra controller. Unlike most split-screen games, Divinity won’t teleport you in order to keep up with your companion. Instead, it lets both players go at their own pace, hunting for treasure or killing enemies. The game is highly cooperative, though, so although you’re free to explore on your own, you’ll want your partner with you during combat and some dungeon puzzles.You can even customize your own character and class, so both players can have the game style they like.

The game also allows you to completely customize your avatar. You can play as male or female, having both genders or different genders on your team. From there, you get to choose what class and skills your character will have, so each player can use the style they want. The classes have a surprising amount of variety, too, and the game doesn’t limit your choices depending on the other player.

One player can’t completely dominate the many quests in the game, either. Divinity: Original Sin has an interesting feature where you can either agree or disagree with your partner in the dialogues. If you come to an impasse, you play a game of rock, paper, scissors to determine whose ideas you follow.

Divinity is a turn-based RPG, which makes the combat system easy to use for inexperienced gamers. There’s no pressure to slay the enemies right away and there’s even an in-game tutorial system. This means no one is going to throw down the controller because it’s too frustrating to keep up. It’s perfect for newbies, casual players, or even serious gamers who like to min/max their gameplay.

If you’re looking for a game with amazing graphics like Skyrim, Divinity won’t deliver. However, the storytelling and gameplay are perfect for couples wanting to experience new gaming/video games together. Exploring a new world is a terrific way to bond over shared hobbies. 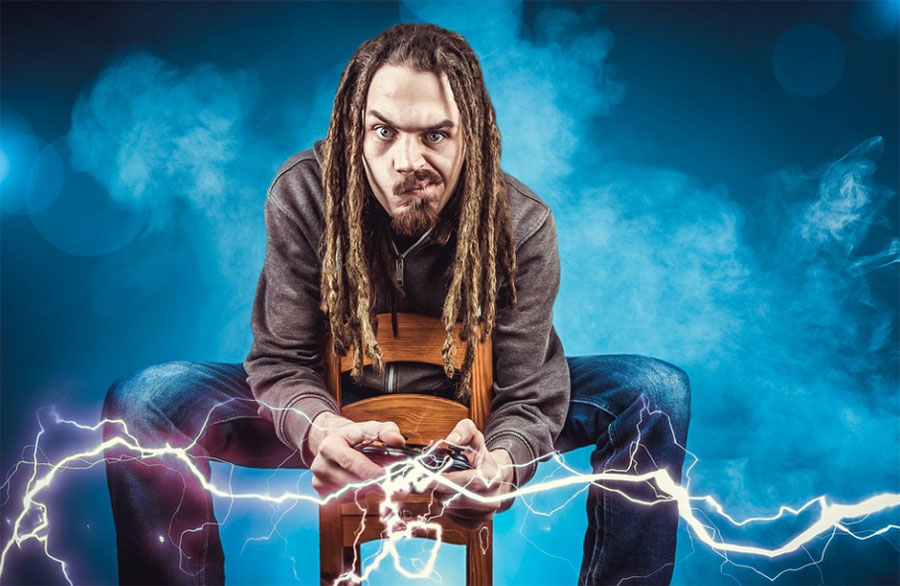 Gaming has come a long way through the years. Most adults can vouch that the games they played when they were younger-the ones with poorer graphics and a lag in screen movements, were the most incredible games they’ve ever played. There’s a truth in that; the originals are usually the better version of any game. However, when a sequel to a game is released, there’s a pretty big tension surrounding it to be better and more immersive than the first one.

In September 2013, the first-person survival game, ‘Outlast’ was fully released. It was set in a modern time period at ‘Mount Massive Asylum’, a sanatorium for the mentally insane. The character you play is Miles Upshur, an investigative reporter that received a letter telling him about illegal activity at the institution. throughout the game, you encounter scary characters, gory scenes and a lot of jump-scares. It was a complete success for Red Barrels Studio, and came up with enough love and support that a DLC-downloadable content-game was put out in 2014. Today the game is still talked about and other survival/first person games are held up to it’s standards in terms of scare tactics, immersion, and overall experience.

Outlast 2, the official sequel to the game is said. In this game your character is Blake Langermann, another investigative journalist. Only this time, you’re just the cameraman, while your wife, Lynn, is the researcher. The one element that made the original and DLC so popular was the use of a camera and the infrared light feature. It allowed you to continue through the game in the dark and still be able to see things; not only did this give more credibility and a hat tip to the journalistic part of your character, but it also helped to set the mood and keep up with the atmosphere. In the demo, you see there are a few details added onto the initial feature; a ‘sound bar’ is on the camera screen, letting you know which direction a noise was heard from. This addition does nothing but improve the ambiance.

Red Barrels Studio, the developer, have noted, “Outlast 2 will test your faith, pushing players to a place where going mad is the only sane thing to do,” in regards to what kind of experience the players will have. An element added to this game, and one that’s noticeable in the demo version, is that there are children and possibly women in this game. In the first and DLC, the only characters/bodies noticed are all adult males and a handful of the faces are recycled onto multiple ‘bystander’ characters-the ones you pass that are there to help set the mood or make the setting seem real. In Outlast, you ventured into the female ward of the asylum, but never encountered women patients. In the beginning of the demo, Lynn’s voice is heard and later on you see a few children. This added detail puts extra fear and anxiety into certain players; ones with deep maternal instincts and especially ones who cringe at the sound of a child screaming.

The incorporation of a camera, the biggest detail that separated the game from the rest is still used in the sequel and enhanced for the players enjoyment. Nothing but excitement and anticipation envelopes the approach of Outlast 2’s official release date; this will be the sequel to set the real standards of game play to. 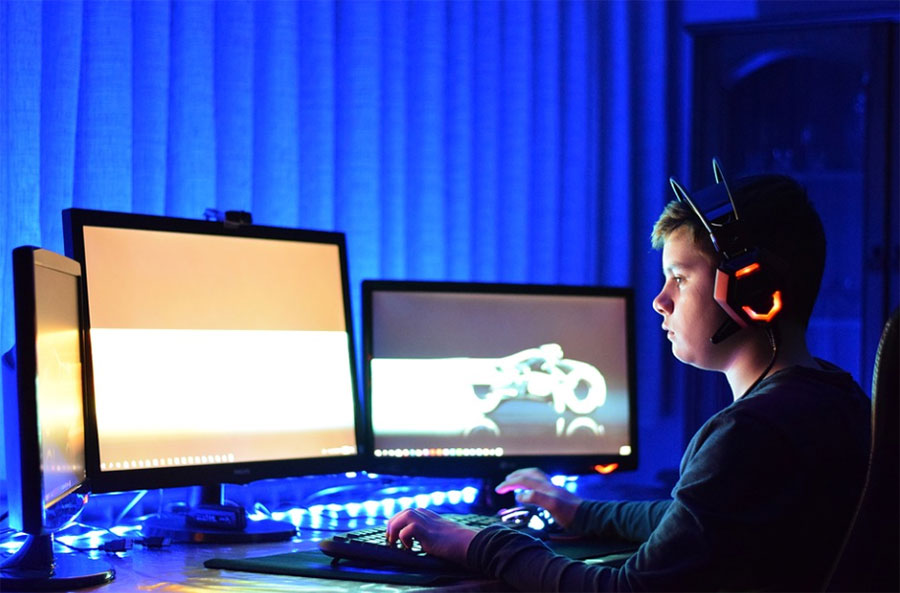 Razer Or Logitech: Which Is The Better Mouse Brand? 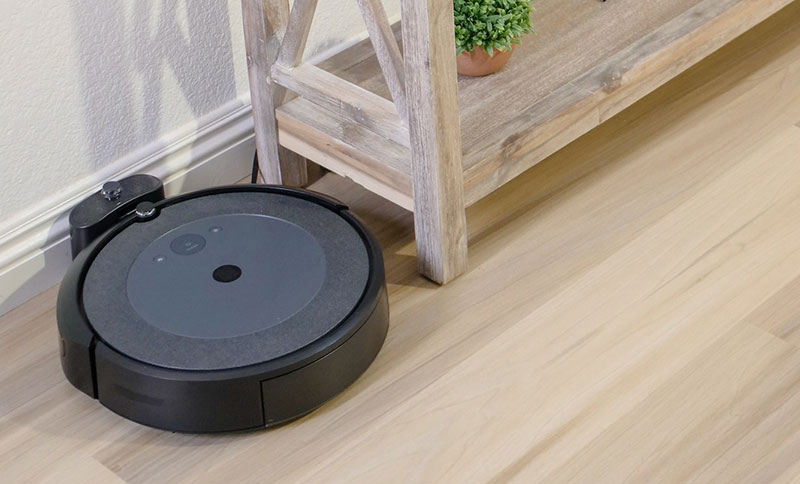